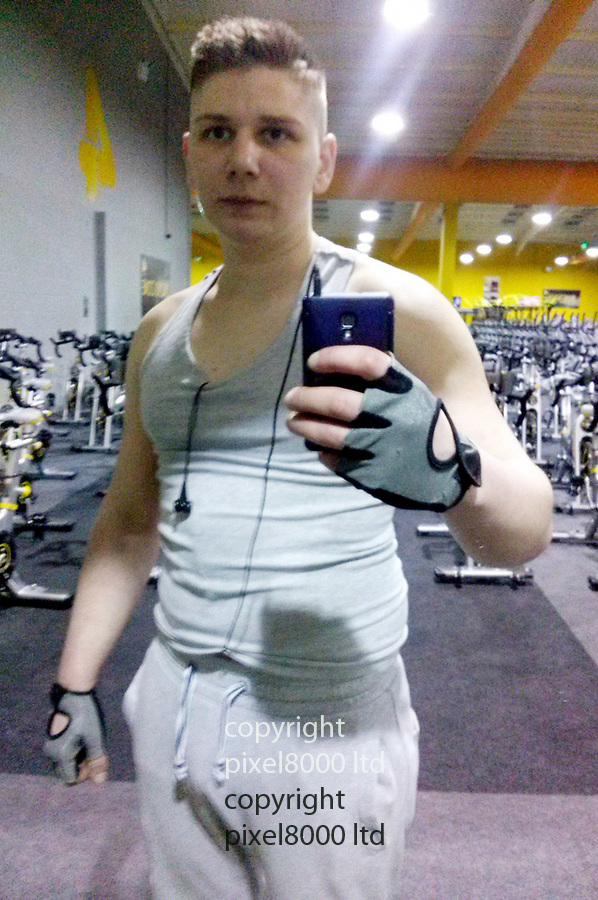 seen here sweaty in the gym after a workout