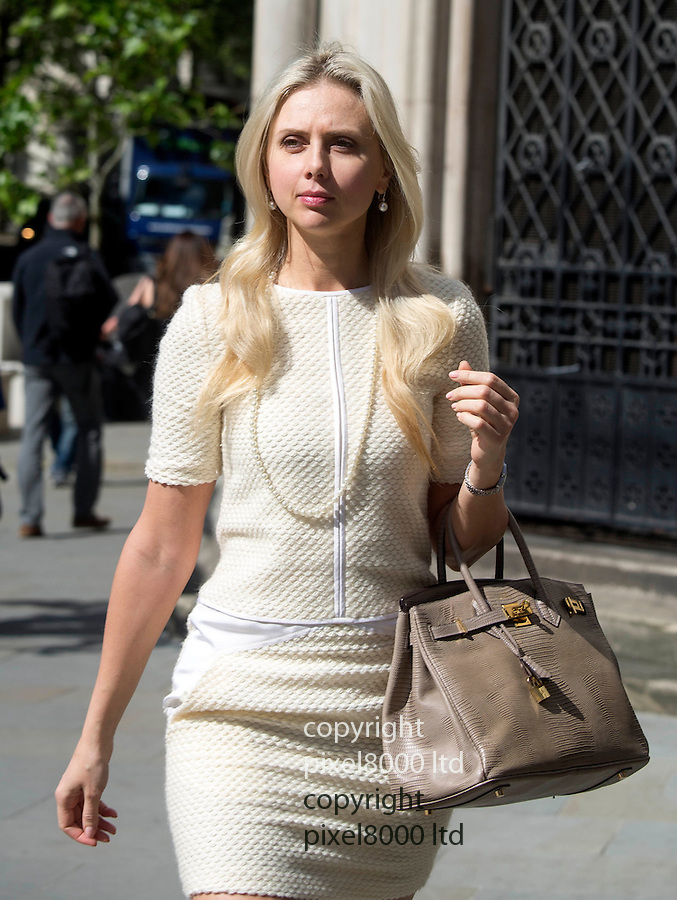 A Russian beauty queen and her financier husband have been told to stop dragging their 'unedifying' divorce dispute through the courts by a senior judge - after running up bills of more than £1million.
Ekaterina Parfenova, 42, a glamorous model who was voted Miss World University in 1990, and lawyer Richard Fields, 59, married in 2002 and have two children but were divorced in March 2013.
But they din't get a decree absolute and have been battling over Mr Fields' £6million fortune ever since. His company manages a hedge fund for top law firms in America.
Miss Parfenova, who has been married twice, and Mr Fields, who's been married five times, have already racked up legal bills of more than £1million.