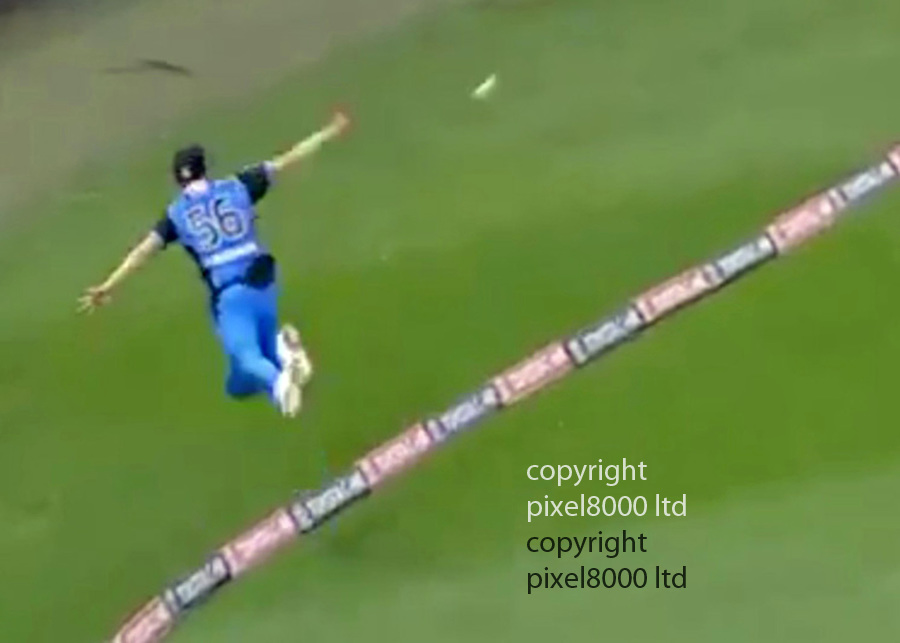 
The Adelaide Strikers recorded a 26-run Big Bash victory over the Melbourne Renegades on Monday, but the highlight of their win was an amazing catch from fielder Ben Laughlin.

The scorecard will actually read that West Indian batsman Dwayne Bravo was dismissed for four runs by Jake Weatherald off the bowling of Rashid Khan - however that doesn't tell the whole tale of the wicket that fell.

As you can see below, Bravo hit a lofted off-drive was heading over the boundary rope for six at the Etihad Stadium, until it was superbly caught by a sprinting Laughlin.

But it doesn't end there! The Strikers' seam bowler had the instinct to parry the ball back 30m into play, having fallen over the boundary rope, where on-waiting team-mate Weatherald mopped up to catch the ball confidently, after it had somehow remained in the air.
Gavin Rodgers